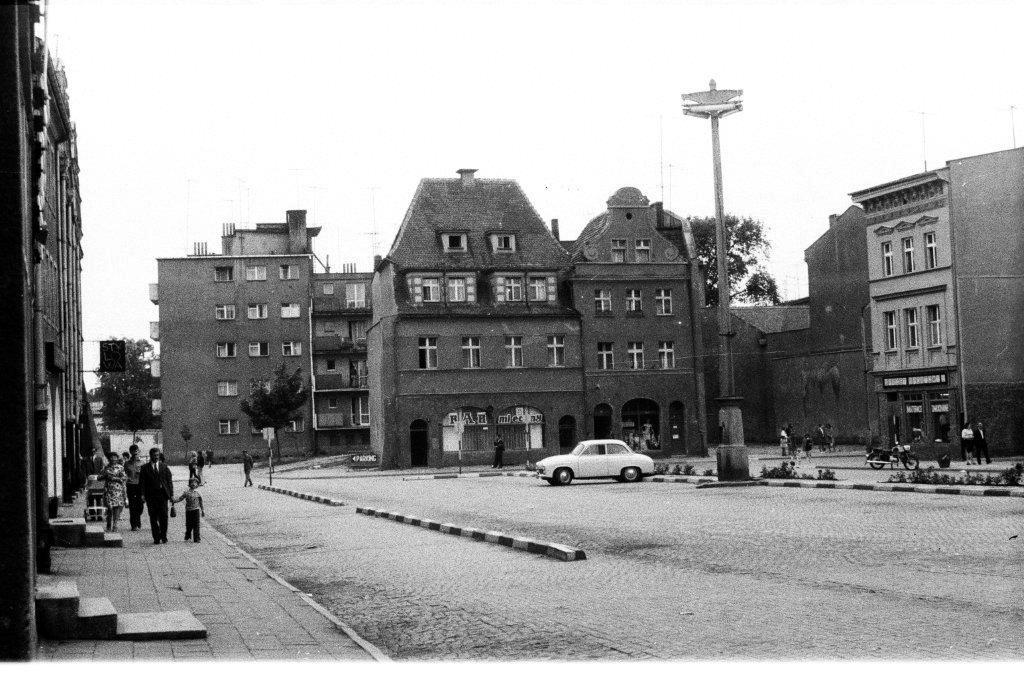 The first historical record of Zagan, as a castellan medieval city, dates back to 1202. The city presumably came into existence much earlier. though after the year 1155, as in the papal edict published then, which listed all the border castellanies of Slask (Silesia). Źagań is omitted. The location of the city has not been scientifically determined yet. It is assumed that it was located upon the Bobr river, 1.5 km north from the city which was erected later. It guarded the crossing of the river through which a very important trade route led. The route connected Wielkopolska with southern Germany and was called Niski Trakt (Low Route). Probably in the Xll-th century a trade and market settlement came into being in the neighbourhood of the city. It was located in the area of the village of Stary Zagan, where a Roman church is preserved. In terms of the economic conditions of the Xlll-th century. an unfavourable location of the settlement with respect to the main trade route. resulted in the transfer of the market, which about 1230 was moved to the ncighbourhood of the river crossing – the area of today’s city centre. Before the transfer the trade settlement was probably located in the region of the parish church. In the new topographic situation the settlement had favourable conditions for economic and spatial development. Approximately in the middle of the Xlll-ih century Duke Konrad granted the city foundation privilages based on the Magdeburg law (a medieval city law), The foundation centre was planned according to the new town-planning rules which became more and more popular and prevalent. It was based on a regular layout of streets which emerged at a right angle from a quadrate mar­ket square. The area of the founded city was not big, in principle it was limited to the market square and the adjacent blocks. The eastern border was today’s Dluga street, whereas the remaining sides were enclosed by the city walls which remained only in fragments. The city was surrounded with earthwork and wooden retrenchments, undoubtedly connected with the duke’s castle in the western outskirts, located in the area of the Augustinian monastery, which was erected later. About the year 1280 the city expanded eastwards. A part of the new area was appropriated for the building of dwelling houses, whereas the other part, south-east, remained under the management of the duke as an area belonging to the castle. Monumental architectonic structures were built on the edges of the city, namely the duke’s castle and the Franciscan monastery. The whole enlarged area of the city was surrounded with slone walls, which had three gates: Zarska from the West, Szprotawska from the East and Szpitalna from the North. The spatial layout which was established in the Xlll-th century has for centuries been the bass-is for further city planning and has been without any major changes well preserved till today. Together with the imposing architectonic forms of the castles as well as sacral structures the city constitutes a complex of great monumental values. The rapid development of the city resulted in the fact that as early as in the XIV-th century its buildings outgrew the lines of the retrenchments. The suburbs developed outside the gates along the roads. The existence of a fishermen’s settlement was confirmed (1318). An intensive spatial development of the city began in the end of the XVIII-th century, and in the XIX-th century the city expanded in all directions from the me­dieval centre. An industrial zone was built in the area out of the Bobr river, A railway station and numerous factories were constructed. From the end of the Xlll-th century till 1472 Zagan was the capital of a separate duchy ruled by the Silesian Piasts from the Glogow line. In 1472 Jan II of Zagan sold his heritage to the dukes of Saxony. From 1549 the Habsburgs, and then the dukes of Luxemburg were the successive owners. In 1627 the emperor Ferdynand II sold the duchy to the commander of his troops – Albrecht Wallenstein: and nine years later (1646) it was bought by duke Waclaw Lobkowic. In 1785 the duchy was purchased by Piotr Biron. the duke of Kurland, and in 1842 by the duchess Dorota Tlleyrand-Perigord. Crafts and trade have always been the basis for the eco-nomic development of the city. As early as in the XIV-th century, apart from the common trade guilds of bakers, butchers, tailors, shoemakers and furriers, there also operated the ironworks of  Żagań which produced iron from bog iron slone found in the neighbourhood. Fishery played an important role in the development of the city (already from 1299). From the XIV-th century Zagan organized salt markets as well as annual fairs.

NEWS FROM THE CITY